Portland, OR 97201 US | Work from home flexibility TELECOMMUTE US

This is a direct-hire position offering a competitive salary, bonus, and great benefits. The position can be in Portland, Oregon or 100% remote for candidates living in the Mountain or Pacific time zones.

This is a great opportunity to join a world leader in highly secure communication systems. Corporate headquarters are in Portland, Oregon.

We are looking for a Senior Software Engineer for a growing team of highly productive technology professionals. In this position, you will be designing, and developing network management features under Windows using C#/.NET in a complex, multithreaded environment.

Your experience should include:

5+ years of object-oriented software development in the Microsoft stack

Experience developing APIs for a variety of interfaces

Familiarity with WPF is desirable

**Please note: Due to US regulations for the technology you will be working on, we can only consider US Citizens or Permanent Residents for this position.

We are not able to consider candidates who require sponsorship and will not respond to requests by consultants or Corp to Corp candidates.

Candidates in all diversity categories are highly encouraged to apply. 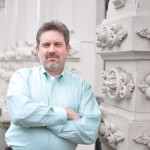 Working in the Pacific Northwest recruiting market since 1997, Mark has extensive experience managing major accounts, mentoring recruiters, and identifying industry-leading talent for client companies. Mark regularly recruits for early stage companies and is particularly interested in emerging technologies such as mobile computing, cloud technologies and the “Internet of Things”.

Before joining EdgeLink, Mark served as a major accounts manager for Verizon Wireless where he was responsible for identifying new business opportunities in the Oregon and Southwest Washington markets, as well as strategic planning for the wireless technology initiatives of major accounts. Prior to that, Mark was a senior account executive at a publicly-held IT firm based in the Silicon Valley. He was responsible for developing and increasing new business in the Pacific Northwest markets.

Prior to his recruiting career, Mark spent 13 years in the media industry. After several years of writing, directing, and producing TV commercials and music videos in Seattle and Eugene, he co-founded Instore Entertainment, a media/production company that was an early pioneer in point-of-sale video programming. Mark has won several media-related awards including two CLIO and two ACE awards for advertising and promotion and three RIAA gold records for recording industry promotional achievements.

Login to save this search and get notified of similar positions.

There are currently no related jobs. Please sign up for Job Alerts.
Loading...
Login to save this search and get notified of similar positions.